We recently came across a young elephant carcass, which proved to me a hearty elephant buffet to the other wildlife. Here's what happened...

Early one morning, we, unfortunately, came across a sad scene at Silvan Safari. We saw a young elephant dead in the bush, approximately three years old. The elephant died of natural causes, which happens out here because only the strongest survive. Upon finding that the carcass is relatively fresh, we were surprised that there was no other wildlife around - no predators or vultures….yet. The elephant buffet was waiting to be claimed.

Only a Matter of Time

The following day, we headed straight to the area to see what had happened overnight. We could see the elephant had certainly been discovered when we approached. There were vultures in the trees above, which is a tell-tale sign of predators.

As we approached, there they were. Blondie and Mohawk, our two big Avoca boys. This was great news after their altercation with the four Nzenga males. It may have been an essential lifeline for them to bulk up, heal their injuries and get a well-deserved elephant buffet in.

And a well-deserved meal it certainly was with two tons of meat to eat between the two of them – and the boys didn't hold back! Lions, of course, hunt and are good hunters at that. However, they're always willing to scavenge on a free meal served on a silver platter for them. 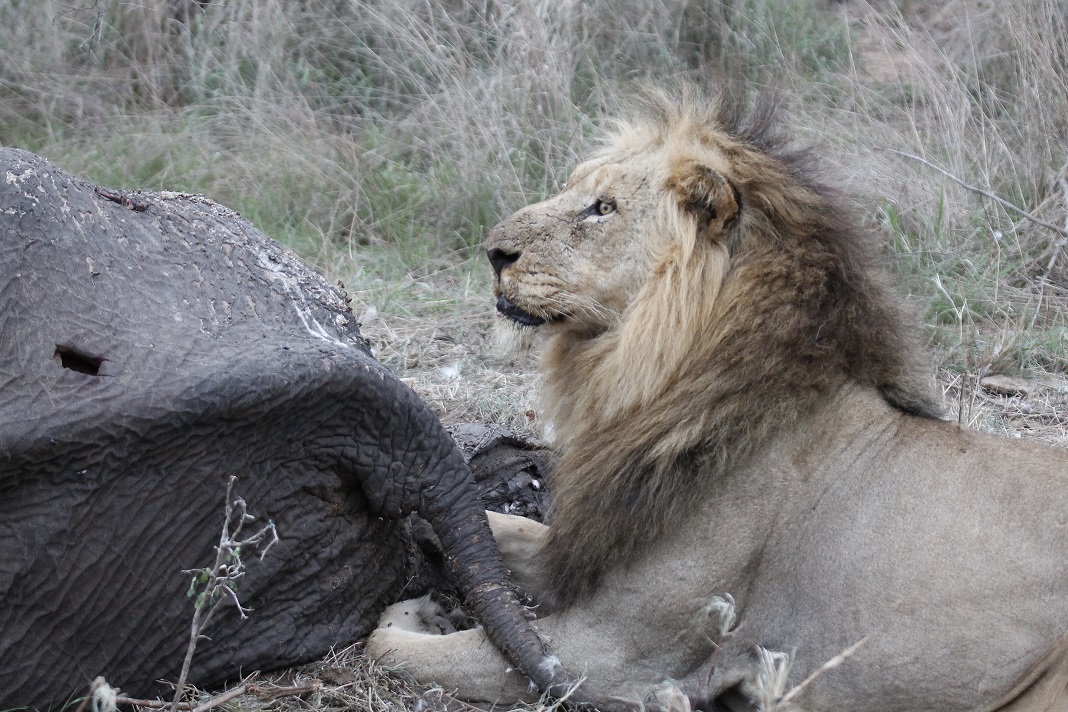 One of our Avoca males guarding his share of the elephant buffet, Image Credit: Deon Wessels, Chitwa Chitwa

Hundreds of vultures flew about, from white-backed, hooded to even the rarer white-headed vulture and Lappet-faced vulture scattered around the trees awaiting their opportunity to descend onto the feast they were waiting for. A few hyenas were also closing in, but they would not dare to get close with the two big boys still enjoying their fair share of the feast.

The Avoca boys sat on the elephant for about seven days, sleeping, feeding and going to get some water to wash down the meal. This is typical dominant male lion behaviour, knowing that nothing will disturb them as the elephant was in the heart of their territory. 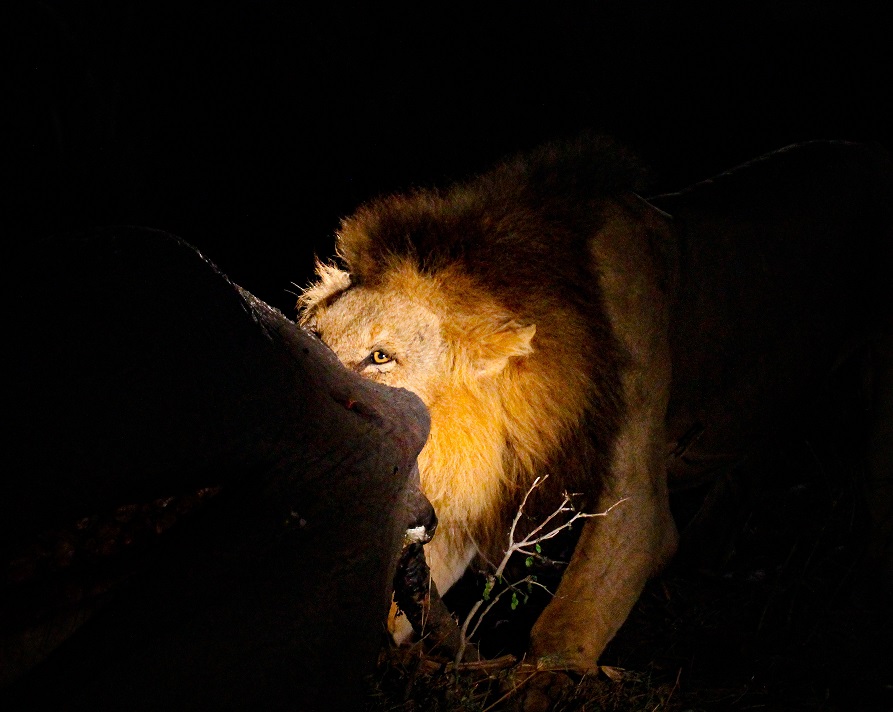 They just kept eating and eating until their stomachs were about to pop. And then they continued to eat some more. They were undoubtedly taking full advantage of this opportunity that only happens once in a while. We have to remember that it may not look that appealing to us, but lions can't go to the local supermarket to get their food. They never know when their next meal comes along, and this meal is as close to a Big Mac meal as it comes!

This sighting rolled out in several ways, with the Avoca boys eventually admitting defeat that they won't be able to finish the whole elephant. They also couldn't afford to spend another week not marking territory and ensuring no invaders had come into their precious area.

Once the Avoca boys moved off, to our surprise, six young Nkuhuma sub-adults moved in to get their fill of the feast. After a week, you can imagine the smells, and they ate but didn't last too long, getting their fill before moving off. 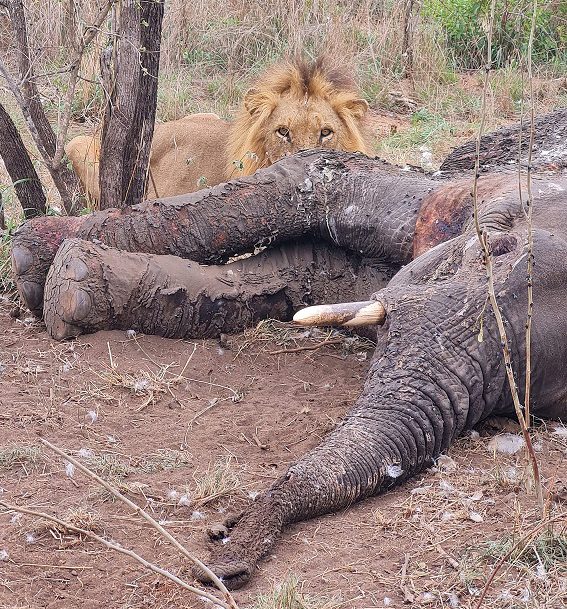 The Circle of Life

As sad as it sometimes is to see a young elephant dead, we must remember that this is the bush, a tough life where only the strongest survive. The elephant's death may have provided a critical lifeline to the struggling Avoca males who look much better after their massive meal.

This, in turn, allows them again to protect their territory and the Nkuhuma cubs. It was incredible to witness and an excellent opportunity to experience the ups and downs and sightings that the bush throws at us daily. 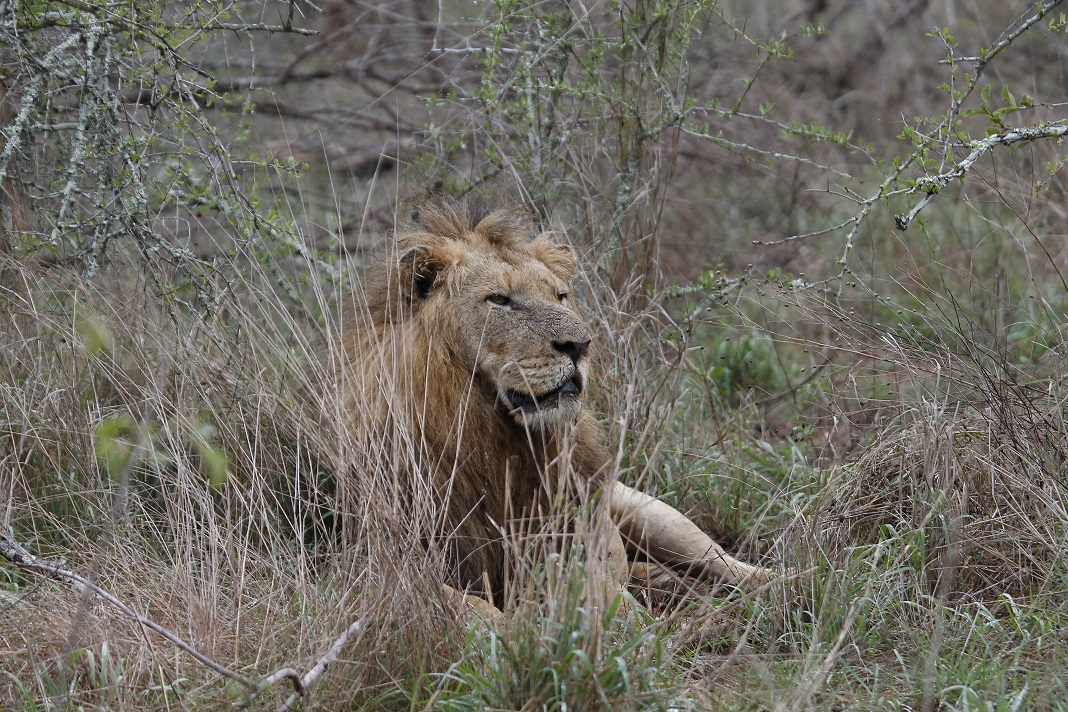 Contact Silvan Safari's Travel Experts to start planning your trip to Silvan Safari today! We can't wait to show your our mighty and magnificent animal kingdom.